The consistent winter fishing continues on Haywards Farm Lake with plenty of good–sized fish still being brought to the net, with a couple of fish weighing 7lb 8oz the best specimens for the week.

After a week that was dominated by damsels, a whole variety of patterns scored this week with cat‘s whiskers probably the most successful of a bunch that also included snakes, Orange Fritz, Montanas, spiders and, of course, damsels.

We were also delighted that Charles Jardine paid us a flying visit this week to gather some shots for an upcoming magazine feature on his charity, Fishing for Schools. Despite his fleeting visit, he still managed to pull out the chunky rainbow pictured below on a small FAB. 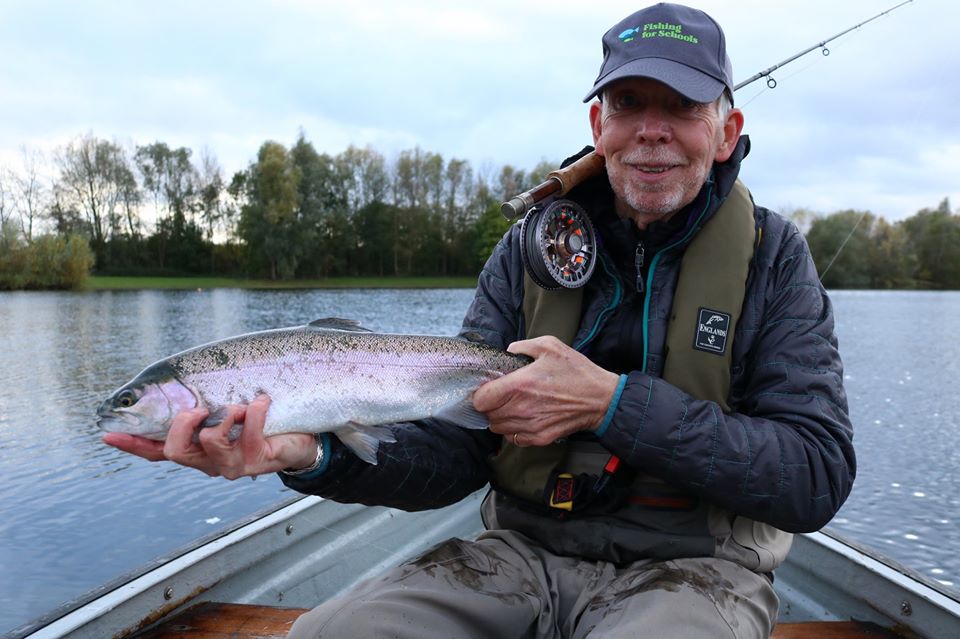