A sell out event on Haywards Farm Lake last Saturday saw plenty of fish caught, including a couple of prize tagged fish and a stonking double-figure brownie!

The inaugural fur and feather match held on Haywards Farm Lake last Saturday saw everyone enjoying  a great day and, fuelled with bacon butties, mince pies, mulled wine and sloe gin, the competitors returned a rod average of just under four fish with the average weight of the fish 3lb 1oz.

The winner, Garrick Etherington weighed in a total bag of 26lb 7oz. Peter Cregan was runner up with 23lb 6oz and Robin Treadwell third with 16lb 14oz. Martin Thumwood was fourth with 16lb 9oz, Karen Woolley fifth with 13lb 15oz and James Evans was sixth with a total of 13lb 8oz. 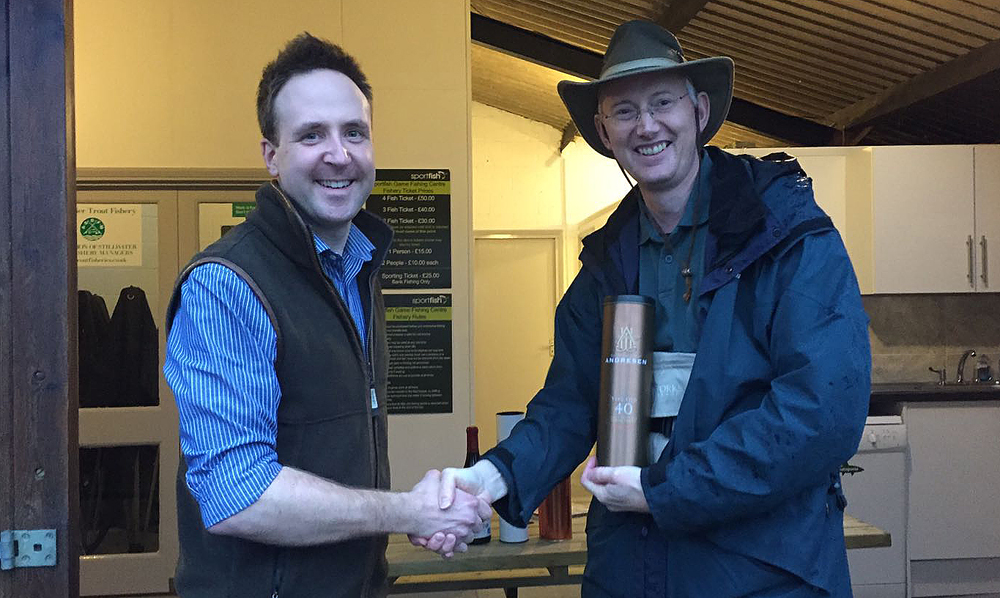 The prize for the largest fish of the day was claimed by Bill Nash, in the shape of a brown trout weighing 10lb 6oz.

Bill Nash with the biggest fish of the day, a brown trout weighing in at 10lb 6oz

Two tagged fish were also caught during the course of the event, giving the captors Steve Atkins and Garrick Etherington complimentary catch and release tickets.