We have today taken delivery of another big shipment of fish for Haywards Farm Lake, which should give the fishery a big boost in the run-in to Christmas, although with catch and release anglers catching up to 20 fish in a day recently you could say that it’s pretty much spot on as it is!

The latest stocking saw 100 fish in the 2lb to 3lb range introduced, along with 30 fish in the 5 to 7lb bracket.

In addition, we also added another 8 double figure fish, 4 rainbows and 4 browns, topped by an immaculate, fin-perfect brown of around 17lb – a fish to make any angler’s year!

Following the capture of our first tagged fish last week we also tagged several of the fish introduced. A double figure rainbow with a YELLOW tag is the new ‘cash prize’ with a dozen fish marked with ORANGE tags giving the lucky captors a free day’s catch and release fishing. 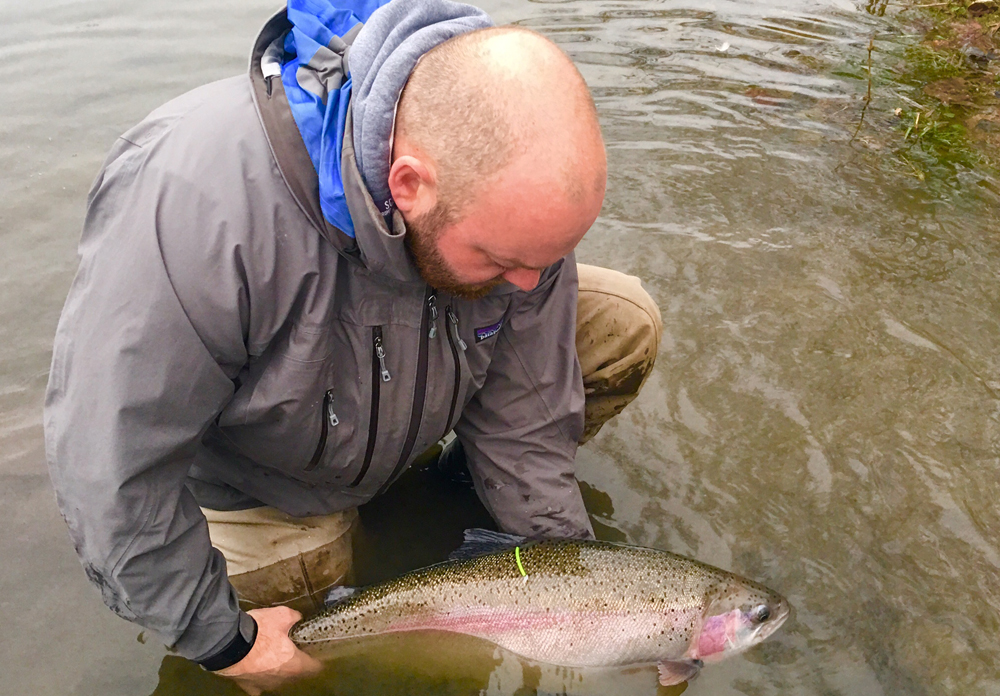 A double figure rainbow marked with one of the new yellow prize tags.

The quality of the fishing has been quite exceptional so far this autumn and it is likely to keep fishing well throughout the winter.